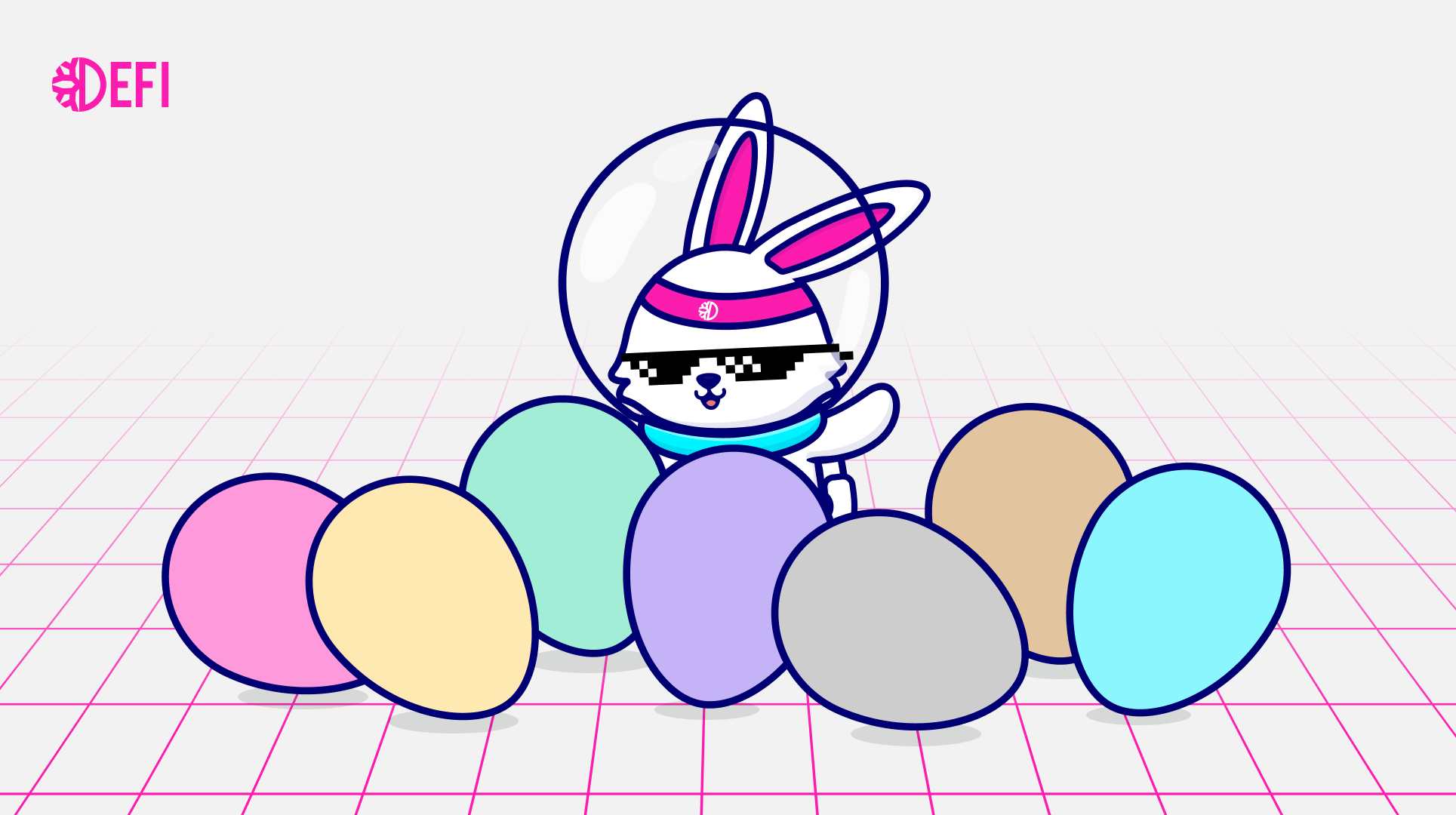 The users have to follow all seven (7) DeFiChain social media channels (see under 2. Social Media Channels) and monitor these channels for a possible Easter egg drop. The drop can happen for instance in a message, a blog post, a video or a Reddit post. DeFiChain will drop eggs randomly and at different times during the promotion period.

Each egg has a different colour and a unique number written on it. After all seven (7) eggs have been dropped, users have to arrange the eggs in the pre-defined order shown in the template attached to this Twitter / Telegram post and note down the 7-digit number. The user then has to submit the following details via an online Google Form for further processing:

On top of that, the users also have to:

Besides forwarding the above four (4) details, the user also has to follow, upvote and like / retweet all egg related posts on social media (see under 2. Social Media Channels).

Among all entries that fulfill the prerequisites outlined under point 1., DeFiChain will randomly select 20 users for the following prizes. A total of 600 DFI will be distributed to twenty (20) lucky winners:

The users have to make sure to send in all relevant information mentioned under point 1. via the online Google Form by 03 April 2021, at 23:59 UTC at the latest.

Get the latest posts delivered right to your inbox.

Decentralized finance enabled on Bitcoin. A blockchain dedicated to fast, intelligent and transparent financial services, accessible by everyone.

Apparently there are no posts at the moment, check again later.

No results for your search, please try with something else.